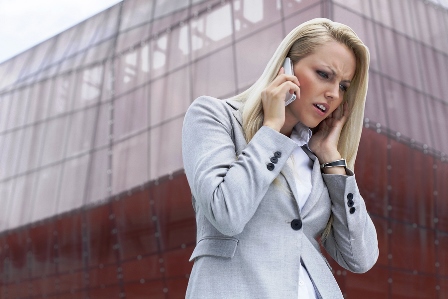 The Eleventh Circuit Court of Appeals recently held—in a closely watched and highly anticipated decision—that a creditor or debt collector may not violate consumer protection laws and set off resulting damages with money owed by the consumer.  In other words, the Eleventh Circuit ruled that unlawful debt collection doesn't always pay, as creditors and debt collectors are not able to “pay” for their consumer protection violations by setting off any resulting damages against monies owed by the consumer.

The lawsuit, entitled Brook (in re Acosta-Garriga) v. Chase Bank (USA) N.A., originated in bankruptcy court where it was found that Chase Bank violated the FCCPA and was therefore liable to a consumer for $1,000.00 in statutory damages.  Chase argued that the $1,000.00 in damages, as well as the consumer’s attorneys’ fees and costs, must be set off against the approximately $30,000.00 in credit card debt that the consumer owed to Chase.  The bankruptcy court denied set off and Chase appealed to the Middle District of Florida.  Judge Merryday of the Middle District reversed the bankruptcy court’s decision by ruling that the consumer’s FCCPA damages, in addition to his attorneys’ fees and costs, should be set off against the credit card debt owed to Chase.  The consumer’s attorney appealed to the Eleventh Circuit Court of Appeals, and the Eleventh Circuit Court reversed Judge Merryday’s decision for three main reasons.

First, the Eleventh Circuit ruled that the bankruptcy court did not abuse its discretion by concluding that set-off was not available in FCCPA cases because the FCCPA is a penal statute, and an award under a penal statute cannot be set off against a credit card debt discharged in bankruptcy.  Second, the Court determined that set off was not available because the pre-bankruptcy credit card debt did not satisfy the mutuality requirement for set off under Florida Law.  In other words, the Eleventh Circuit agreed with the bankruptcy court that a credit card debt does not arise from the same rights and obligations as damages, fees, and costs under the FCCPA.  Lastly, the Court agreed it would be inequitable to allow Chase to set off its statutory damage obligation against the discharged credit card debt, because allowing Chase to do so would incentivize creditors and debt collectors who could then “take illegal action without consequence.”  In fact, the Eleventh Circuit stated that “if a creditor can simply set of an award under the FCCPA against the outstanding debt the creditor is attempting to collect, there would be little to no incentive to comply with the FCCPA” and “allowing a creditor to set off its FCCPA obligation would reward the creditor’s illegal actions by giving it a shortcut in the collection process.”

This ruling is a major win for consumers as a contrary decision could have gutted the protections of the Florida Consumer Collection Practices Act (“FCCPA”) and Fair Debt Collection Practices Act (“FDCPA”). The attorneys at LeavenLaw are committed to fighting for the rights of consumers, and we will continue to fight banks such as Chase who harass our clients when attempting to collect a debt.  If you or someone you know has been a victim of harassing and abusive debt collection, please visit www.leavenlaw.com or call (727) 327-3328.