No “Silent Night” Thanks to Robocalling Debt Collectors 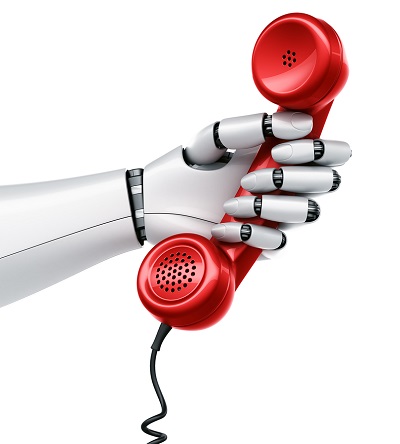 This Holiday Season, bankers and debt collectors are lobbying the FCC to loosen protections to allow more unfettered robocalling. Business groups, such as the American Collectors Association, The U.S. Chamber of Commerce, and the Consumer Bankers Association, have hired lobbyists to redefine the Telephone Consumer Protection Act (“TCPA”). The TCPA, which was signed into law in 1991, protects consumers by limiting how and when businesses can use telemarketing and various types of robocalls and robotexts.

Specifically, industry lobbyists are telling the Federal Communications Commission (“FCC”) to limit the term “called party” under the TCPA to only those consumers who were the “intended recipients” of the call. Essentially, this allows businesses to undermine the purpose of the TCPA by permitting otherwise illegal calling practices simply because the robocaller “thought” it was calling someone it had permission to call. Essentially, companies that use robocalling want to be excused from violating the law if they can claim they had their head in the snow while they were placing the call that broke that law.

This proposed change, which would be harmful to consumers, should be rejected for several reasons:

The FCC is currently considering these arguments that affect you and other consumers. Here’s who you can contact to protect your privacy and stop the noise:

Let the FCC know your experience with robocalls and how wrong party robocalls are a constant source of frustration in addition to one of the FCC’s most complained about consumer issues. As a result, the TCPA should be strengthened, not weakened. You can contact the FCC by e-mailing each of the Commissioners at the following links. You can send the same e-mail to each of the five commissioners because they all have different staff.

You can also contact your Congressperson and contact your state’s Attorney General and tell them not to let the FCC and private industry take away your right to peace and privacy on your cell phone. There is nothing forcing companies to use autodialers, robocalls, or prerecorded voice technology. Requiring companies that choose to use these technologies to take steps to ensure that the people they call actually consented to being called is not an unreasonable request, and in fact, has been the law for more than two decades.

Source: NACA/NCLC Comments filed with the FCC on the pending FCC petitions on November 17, 2014.

LeavenLaw is an AV-rated law firm that helps consumers with problems associated with debt.  If you have received debt collection calls from a bank or debt collector, there is a chance that your rights may have been violated.  If you have repeatedly received debt collection calls to your cell phone, or have received unwanted texts or telemarketing calls, please do not hesitate to contact the consumer protection lawyers at LeavenLaw to discuss your case at a free initial consultation.  www.LeavenLaw.com  1-855-Leaven-Law