The Superior Court of New Jersey, Appellate Division, in a case entitled Midland Funding LLC v. Thiel, et al., recently held that in the context of retail store credit cards—whose use is limited to the specific store—the applicable statute of limitations is four years (rather than longer state-specific statutes of limitations that can range up to ten years).  The decision is an important win for consumers, as it limits how long a creditor, debt collector, or junk debt buyer can sue consumers on zombie debts.

Importantly, the Court also found that partial payments, which were less than the required minimal payment, did not toll (i.e., pause or extend) the running of the statute of limitations. Typically, the right to institute a debt collection lawsuit arises on the date of a consumer’s default, i.e. the first date the consumer fails to make at least a minimum payment.  The Court determined that Thiel’s partial payments, which were less than the required minimum payment, did not change the date of the original default, and therefore did not change the date on which the cause of action accrued.  As a result, the statute of limitations for Midland to sue began on the date of Thiel’s first default, and ran out four years from that date.

Even more important for consumers, the Court found that Midland violated the Fair Debt Collection Practices Act (FDCPA) by initiating the debt collection lawsuit on a time-barred debt, noting that filing the time-barred lawsuit is “automatically a violation.”  Midland incorrectly operated under the belief that the six-year statute of limitations applied, and as ignorance or mistake of the law itself does not excuse liability under the FDCPA, by filing a collection action on a debt that was time-barred, Midland violated the FDCPA and was liable to Thiel for damages, attorneys’ fees, and costs.

This Thiel ruling is a win for consumers, and is another tool for consumers and consumer lawyers to fight against the unlawful collection practices of large junk debt buyers and debt collectors.  The attorneys at LeavenLaw are committed to fighting for the rights of consumers, and we will continue to fight junk debt buyers and debt collectors such as Midland who harass our clients or violate the law when attempting to collect a debt.  If a debt collector is trying to collect a debt from you, or someone you know, that originates from a retail store credit card older than four years, please contact us at (727) 327-3328 or visit www.floridacollectiondefense.com.  Our initial consultation is always free, and you may be entitled to damages, and the debt collector may have to pay our attorney’s fees. 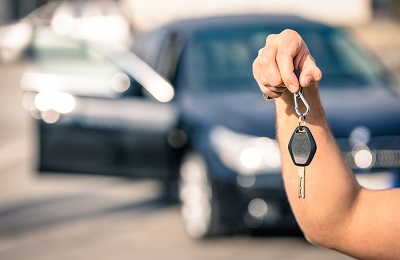 Collateral Bankruptcy Services, or CBS, is a new business formed to assist debtors, debtor attorneys and chapter 7 trustees with a car when it has been surrendered through the bankruptcy process.  CBS was founded by bankruptcy attorneys and consumer attorneys who have consulted with thousands of consumer debtors over the years, identifying a problem when their clients own a car they can no longer afford, but have no quick, easy solutions when it comes to voluntarily surrendering the vehicle.